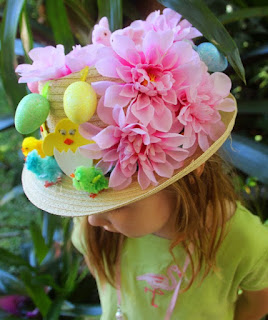 Having seen a few “whacky” hats around the Area lately we thought it might be fun to hold a competition!


1. Entries in by midday Easter Day

2. Send a 'selfie' of yourself wearing your creation to – Jill Davies- feetfirstjill@gmail.com

3. Or- ring Jill on -732 109 to enter, and she will arrange a photo shoot at a mutually convenient time on your doorstep.


4. We will then try to get the winning entries into the next Parish Mag’, on the Village website and on Facebook ,or whatever we are allowed and still works by then!

If you are over 70 or for other reasons you have been advised to self-isolate there are things we can help you with:

We also have some Street Wardens who will walk around their “patch” and look out for anyone needing help.

IF YOU CAN OFFER ANY HELP to deliver the above please Contact Nick Mallalieu on 01803 732436 or nick.mallalieu@btinternet.com


Change of Venue: future meetings will now take place in Ashprington Village Hall, and the day has changed to Wednesday, instead of Tuesdays.

In 1990 Michael inaugurated North Devon’s Save our Orchards Campaign; it became Orchards Live which he chaired. His particular interest was saving North Devon’s own cherries, (mazzards), from extinction, and he helped establish the orchard on Landkey’s Millennium Green. He was awarded a BEM for services to orchard conservation in 2013. In 2018 Michael published his book The Devon Orchards Book.


Sunday 14 July – Kelly Mine Visit @ 11.00
Kelly mine, although relatively small, is of great significance today as an industrial heritage site. The mine closed in 1951 but all the machinery was left on the site. Kelly Mine Preservation Society (KMPS) is restoring and preserving the site for future generations.

Members are asked to make their own way to the mine which is located on the A382 between Bovey Tracey and Moretonhampstead at SX 795818. The entrance is marked by a red traffic cone. Coming from Bovey Tracey it is on the right 2.5 miles from Bovey Tracey fire station roundabout and about 800 yds beyond Slade Cross. There is limited parking on the grass verge just past the mine entrance.

The visit will be followed by a light lunch at the Primrose café in Lustleigh then a short walk around the charming village guided by Graham Hawkins..